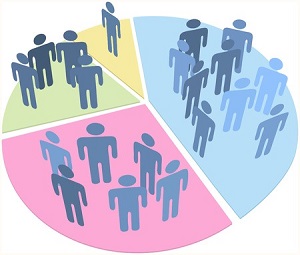 Chances are good that a lot of people that are looking to learn about their late ancestors would not think of taking second glances at U.S. government census data. Many people also don’t tend to know about the Social Security Death Index either. While such widespread oversight seems logical at first blush, it has much to be desired insofar as long-term success rates for any quest to research one’s genealogy. Here’s some information on both and how they can be used to help you with your genealogy research.

Start with Official Stats at the U.S. Census Bureau

Our nation’s very first Federal Population Census was taken in 1790 has continued every decentennial ever since. However, specific data compilation methods have evolved drastically throughout the intervening centuries. Consequently, it’s vital to realize that aggregated statistics reported for different censuses vary widely and don’t reflect the same demographic profile.

Census Bureau records can help build a solid foundation to launch genealogy research by letting you confirm long-known facts and learn new details. However, such stats do have some limitations. A prime example is availability of details for all family household members that’s limited to censuses taken from 1850 to 1940, listed below:

Another critical point to note is legislatively restricted public access to U.S. Census Bureau data that began during 1940 and remains effective to date. Thus, we must suggest a research strategy that begins with the latest available census year in 1949 and works backward in time. Finally, please keep in mind that all of the above-listed data are not available for every census year contained within its total 90-year time span.

How to find most recent household family census data records

The first things you must have to access the latest available Census Bureau data is your late relative’s name and state of residence. From there, visit the National Archives to find old Census Schedules dated from 1790 to 1940 on microfiche. Ancestry.com also maintains digitized Federal Census records for many of those same years. Although access requires a fee-based subscription, they make the same files available free of charge for users who access directly from National Archives sites. Other sources to check are the FamilySearch Record Search and the Family History Library’s FamilySearch Catalog.

Official U.S. Census Bureau records for 1850, 1860, 1870, 1880, and 1885 include data regarding people who died the immediately prior respective year. These are known as the U.S. Census Mortality Schedules.  The most common items cited are name, age at time of date, gender, marital status, occupation/trade, birthplace, parental birthplaces, date of death, cause of death, place of death and attending doctor’s name.

Variously dubbed as the “Death Master File” and similar deliberately malicious monikers to convey suspicious doomsday implications, this database has vital data of real value for genealogy investigations. The main reason why is that federal law allows public access to the original application for a Social Security number filed by each deceased person listed therein. Since those old documents list extensive familial information, they are quite useful for distant linear descendants in hot pursuit of long-deceased ancestors.