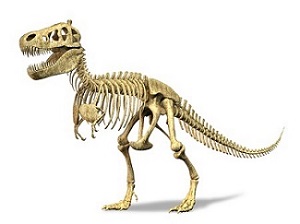 Not long ago, it was not uncommon to pay a visit to a coffee shop or diner and witness patrons absorbed in a newspaper article while enjoying their coffee or meal. Now, you are more likely to see those same patrons staring at a smart phone, digital tablet, or other media device. The increase in wi-fi capable digital devices and wider availability of computers in general, has taken a toll on the traditional newspaper. Newspapers as we once knew them will become extinct, and it is only a matter of time. The reasons for this extinction are more apparent with each passing year.

The newer generations have been brought up with access to computers and other digital media devices. They are accustomed to getting nearly all of their information and much of their entertainment at the touch of a key or screen. Traditional newspapers do not offer the immediacy these generations have come to expect.

It is not only the new generation that prefers getting news from online sources. As most of the adult population gains easier access to internet capable devices, they quickly discover the convenience of reading breaking news as it happens. By the time the standard newspaper lands at the front door the next morning, the headlines have already been covered online by multiple digital media outlets. The only way newspapers can compete with this speed is to bring the paper online.

Newspapers have been facing a steady decrease in readership with an accompanying loss of revenue. Some papers have tried to cope by increasing newsstand price and making job cuts. These tactics have only created increased customer dissatisfaction with print, and the coping methods have only seemed to stall an inevitable sinking of the ship, however. In addition, advertisers have turned more and more to the digital world, leaving the newspaper ship behind. It makes more sense to advertise products and services in front of as many eyes as possible, and nowadays that means the internet. With the loss of both readership and advertising revenue, papers struggle against a rising tide that appears impossible to breach.

Traditional hard copy newspapers will likely become extinct and move to digital form in the near future. Unless readership habits change, which is unforeseen, the only way newspapers can otherwise profit is by changing their offerings from news pieces to authoritative essays and unique opinion pieces in a magazine style. Even then, it would take additional work convincing the public to accept that taking the time to read ink on paper is still worthwhile. With all of the competition, where established and trusted voices are now bed mates with fresh, new voices online, reviving a print paper would be a rocky undertaking.

Of course it will take a very long time for physical newspapers to completely disappear, but they will certainly never be as prominent as they once were. If you want a clear example of this fact, head over to a library and browse the digitized records of old newspapers. You will see how they recorded the most significant events in our country’s history. Now think about where you would see significant events that occurred today. It most likely would not be on a physical newspaper.