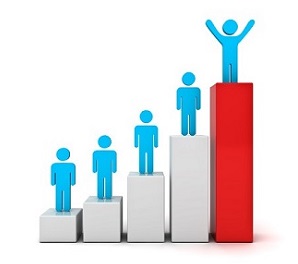 Over recent years, the new reporting business has experienced significant changes. Just as television precipitated a revolution in print news, the digital age has caused seismic changes in the way news is delivered on an everyday basis. However, today, the same news organizations that have held the top positions in the United States continue to hold their status, mainly due to their willingness to adapt to the new media age.

USA Today
USA Today tops the list with the highest circulation numbers in the United States at 4.1 million in total average daily circulation. The newspaper has become the go-to outlet for news for several decades, largely due to its accessible layout and easy reading. Both in print and digital forms, the paper continues to reach the largest number of news consumers across the nation.

Wall Street Journal
The Wall Street Journal comes in next in reader popularity, with almost 2.3 million total average daily readership. The WSJ has made its name as the premier name in business and economics reporting since the 1940s. The paper’s editorial section routinely features important names in politics, economics and international affairs, making it one of the most cited sources in American society today. The WSJ was quick to embrace the new opportunities brought out about by digital media and has continued its pre-eminence in today’s news environment.

New York Times
As the newspaper of the top city in the United States, the New York Times has enjoyed a prestige and credibility that has made it one of the most popular media outlets in the country. Now in third place with 2.1 million readers, the Times has recently seen a slight drop in its numbers, primarily due to a number of controversies regarding the accuracy of its reporting. However, the paper continues to be a favorite among news consumers.

Los Angeles Times
The West coast leader in news reporting is the Los Angeles Times, with a total average daily leadership of 685,000. Currently, owned by Tribune Publishing, the L.A. Times has a smaller readership, but significant prestige in journalism circles, due to the quality of its reporting on both national and international subjects.

Washington Post
The Washington Post has experienced varying popularity over the years. Recently, its readership fell 5.7 percent to 568,000 in total average daily circulation. The paper that once broke the Watergate story that brought down President Richard Nixon, the Washington Post has placed a significant amount of focus on the American political scene. Their falling numbers may reflect Americans’ disgust with the general political climate in the country.

The dawn of mobile devices have forced newspapers to find new ways to format and deliver news to their audiences for fast and reliable consumption. These venerable names in journalism may be looking over their shoulders at new outlets that are coming up to challenge the way they provide important information for public understanding and policy creation.