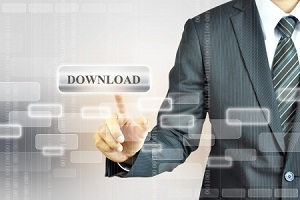 It seems more and more of our everyday lives is spent online these days. One exception is in the land of government responses to public records requests. The vast majority of responses are provided in physical formats. This is not only a huge waste of physical resources. It is a waste of incredibly valuable information. Imagine if all the data from every public records request ever made was stored online in a digital archive that was available to anyone. Below is an overview of the main benefits that could be gained by digital government documents.

The public interest must remain first consideration for any novel innovation proposed by government, since taxpayers foot the bill for new IT that public officials put in place. Thus, it’s vital to conduct full cost-benefit analyses before expending scarce public resources on such novel service models.

Rather than filling out piles of paper forms with printed lists of blank lines, empty white spaces and tiny boxes in various places, requests for digitized public records may be completed, submitted and processed online in record time.

Besides saving tons of valuable time, digitized information may be simultaneously accessed and viewed by several million people in widely dispersed geographic locations. Moreover, a vast majority of those viewers might have otherwise been unable to ever lay eyes on such documents.

For a very persuasive demonstration of precisely how high-tech digital innovations can help public accessibility to official documentation, take a quick peek or long close look at functional equivalents of nearly 8,000 printed pages dated from 2012-2013, excerpted from over 55,000 pages of Hilary Clinton’s email communications via a private server during her stint as a top-ranking U.S. Government diplomat. To feast your eyes to heart’s content, visit the U.S. State Dept. Virtual Reading Room online.

Besides facilitating equalized access, digitized records enhance the possibility of equalized political participation. First, it’s quite obviously impossible to provide meaningful input regarding proposed official decisions without prior knowledge that such proposals exist and relevant details thereof. However, that opportunity becomes very realistic for millions of constituents when public records are available via the Web. Not only may they access such materials at the most convenient time and place on Planet Earth where an Internet connection exists, but review complex data at their leisure to identify potentially beneficial or problematic aspects.

Despite some potential drawbacks, an indisputable fact remains that paperless documents are here to stay and don’t appear to being fading away in the near future. Thus, Big Government must get with current times or get left far behind choking on the Cloud’s dust. The best way to expedite official implementation of any beneficial solution is public mobilization on a sufficient scale that severely disrupts the status quo, so that designated policymakers have no option but prompt compliance with popular majority demands.