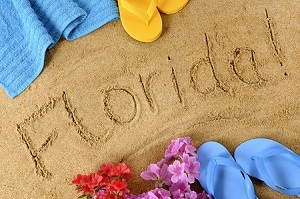 Florida residents are probably some of the most fortunate people in the entire United States. They get to live in one of the warmest areas with some of the greatest beaches in the world. Even their public records legislation is called The “Sunshine” Law. The dual play on words refers to the sunshine that the state is known for and to the light that the legislation shines on the activities of the politicians and the government.

The Sunshine Law is just part of the state’s public records laws. There is also the Florida Open Meeting Law that requires all meeting of governmental bodies to be considered public. These laws require the government to be very open with its activities however it can still be challenging to find public records in the sunshine state. The following overview is specially tailored to help you acquire public records in the state of Florida.

For very good reasons, these types of government public records are probably in the greatest demand. Prior to 1899, a small group of local Florida governments enacted ordinances to require official recording of residents’ major life events with vital importance to public interests, and implement localized internal systems to maintain such files in an organized manner. Key West keeps the oldest known localized public records database in Florida that dates back to 1865. A state statute enacted in 1927 provided for the establishment of a centralized source of statewide marriage and divorce records.

All tax records for personal and real property in Florida are maintained by the Property Appraiser’s Office located within each county. Most County Appraiser’s Offices provide online databases for public access that are searchable by parcel number, subdivision or owner’s name, property type, street address, legal description, sales data or via interactive virtual mapping tools.

Visit Florida’s VINElink subpage provided by Victim Information and Notification Everyday (VINE) that’s publicly accessible 24/7/365. To receive free auto- alerts when inmates are sentenced, transferred or released from any of Florida’s 67 local County Jails, you can register free of charge.

The Florida Dept. of Corrections provides a centralized publicly accessible online resource with several comprehensive databases that may be searched by offenders’ names to obtain their current legal status as Absconder/Fugitive, Escapee, Inmate Population, Released and/or Supervised Population.

The state of Florida provides an online resource at the official government website that includes pictures, street addresses, employment information, email addresses and other Internet identifiers as well as similar data about registered sex offenders.